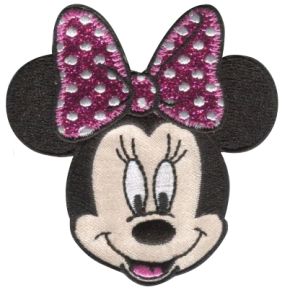 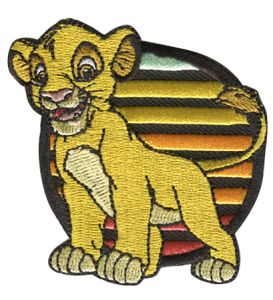 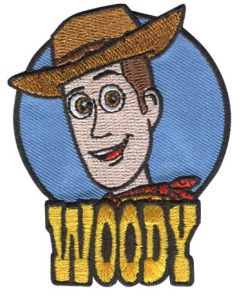 The extensive and wonderful universe of Disney fantasy creations is at hand, as it has been for over 70 years. It is as strong and alive as ever. Born in Chicago on December 5, 1901, Walter Elias Disney was a drawing artist, a visionary businessman and millionaire known as Walt Disney for short, and he became an icon of American culture in the XXth century. With his greatest creation, Mickey Mouse, 91 years ago, he would never have imagined the fame his characters would attain even now, so many years later. There were many who said Disney was a dreamer, ambitious and highly perfectionist.

New urban trends propose the use of iron-ons with fun, romantic or even “bad” characters from the world of fiction. They do have their place in our real lives. In Disney’s stories, good and bad guys interact in stories all of us have grown up with.

Disney space is the name describing the many imaginary worlds emerging from this company’s production. Fantasy tribes with main characters like Mickey Mouse, Donald Duck, Roger Rabbit, Little Mermaid, Beauty and the Beast, Rapunzel, Dumbo, Pinocchio, Inspector Gadget, Pirates of the Caribbean, Villain, The Lion King, Aladdin, or Lilo and Stitch, and Nemo, Cars…so many it would be hard to name them all. For there are as many favorites as there are people, and most probably our next door neighbor may love a character we haven’t even paid attention to. The Disney universe is diverse, and though classic characters are iconic there are others that have become highly popular these past few seasons, like Mickey and  Minnie, Cars, Princesses and Frozen

Disney characters and their stories are, of course, great favourites with children. However, we also find them as themes in accessories and clothing for teens, with bold strokes of humour in casual items, mostly in the Denim sector.

CMM’s clients demand what the company so aptly knows how to give them, and Disney licenses in iron-ons are not the only choice: the Spanish company also markets buttons and zipper runners with Disney characters in print.

Iron-ons are usually applied onto jeans, denim jackets, sneakers, casual urban purses or bags, folders, and more. And in terms of products for kids, they look great on dresses, cribs, bedroom décor, or in the most recent designs like pretty mobiles to hang over the baby’s crib.

You can find out more about which cookies we are using or switch them off in settings.

This website uses cookies so that we can provide you with the best user experience possible. Cookie information is stored in your browser and performs functions such as recognising you when you return to our website and helping our team to understand which sections of the website you find most interesting and useful.

Strictly Necessary Cookie should be enabled at all times so that we can save your preferences for cookie settings.

If you disable this cookie, we will not be able to save your preferences. This means that every time you visit this website you will need to enable or disable cookies again.

This website uses Google Analytics to collect anonymous information such as the number of visitors to the site, and the most popular pages.

Please enable Strictly Necessary Cookies first so that we can save your preferences!